Why They Fell in Love With the Island Paradise and Why You Should Too!

From late greats like Princess Diana and Whitney Houston to the likes of Poppy Delevigne, Beyonce, Oprah and our RESIDENT funnyman John Cleese, Nevis is quite the “ it ” island for big name stars (and sometimes their families) in need of a drastic change of pace…luxury included.

So, what makes this tiny, tropical island afloat in the Caribbean Sea a celebrity all on its own? Well, as the saying goes: “It’s not who you know, it’s who knows you.”

Here are 16 Celebrities Who Visited Nevis, Why They Fell in Love With it and Why You Should Too!

In 1993 the Queen of Hearts famously visited the Queen of the Caribees with her young Princes, William and Harry. She chose the island as a reprieve from her strained marriage with Prince Charles, finding solace in the privacy of Nevis’ white sand beaches and the warmth of its British ex-pat community.

The famous British socialite turned actress who spent her trip shooting a new movie on the tropical landscape across the island, found it hard to leave when she came to Nevis in April of 2021.

This household name and billionaire found the time to sprinkle some entrepreneurial advice while on a visit here in the 90’s. She inspired a local chef to start her own restaurant after indulging in a delicious dinner she prepared for the then talk show host.

Recently, disillusioned by the current cultural climate in his native UK and enamored by the quaint serenity of Nevis, the British Icon and his wife have publicly chosen the island destination as their new home and spa retreat. Whether enjoying a relaxing massage, lounging on the beach, writing, or doing his weekly shopping, the 6 foot 4 inch, eighty-odd yr old comedic legend leaves a trail of laughing locals wherever he goes on the island.

The American film star professed his undying love for Nevis while using the island’s lush rainforest as a backdrop for a movie in early 2021, calling Nevis his new “number one vacation spot”!

The two pop icons visited Nevis during the height of their romance and careers to soak up the sun and enjoy a little unchoreographed dancing at a local hotspot.

On more than one occasion the former “shock jockette” and daytime talk show host has made her appearance at Nevis’ most popular luxury hotel for some much needed r&r.

In the early years of their romance the now married celebrity couple and their entourage, were spotted on the island’s famous Pinney’s Beach enjoying a beachside dinner while listening to reggae music.

The mega movie star and philanthropist had a clandestine stay at one of the island’s most private luxury villa retreats in Nevis.

The unforgettable vocalist was inspired one moonlit night to sing his greatest hits at a local restaurant overlooking the ocean while on a stay in Nevis.

The American television personality, after indulging at top restaurants across the island with his family, also opted for Chinese takeout while enjoying a night out in Nevis.

Whitney Houston brought no nanny with her when she stayed at a luxury resort with her family back in the early 2000s. She preferred a local sitter to chaperone little Bobbi while she sang for fellow guests poolside.

The iconic New York socialite chose to build a home in Nevis. The mega-mansion in the hills is likened to a fortress by some and was still under construction at the time of her passing in 2020. Finding a reliable workforce on the island, her estate still employs a handful of local landscapers, housekeepers and tradesmen.

Over the years, Nevis has been a high-end hotspot for the VVIPs of all strata, with a culture that is not inclined to “celebrity worship” but rather, gracious in its approach to ALL foreigners. For some, faded snapshots of their famous smiles lining the wooden walls of Nevis’ most well-known beach bar, are the only evidence of their rendezvous in paradise.  For others, Nevis is now home.

If you’re interested in walking in the sandy footsteps of your favorite celeb while enjoying global freedom and quiet enjoyment  contact us for more information. 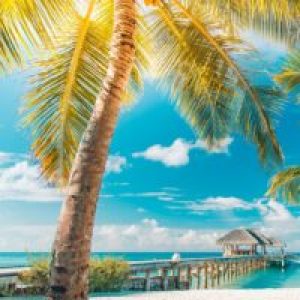 Are citizenship by investment programs worth it?

Asian Countries with the Best Quality of Life